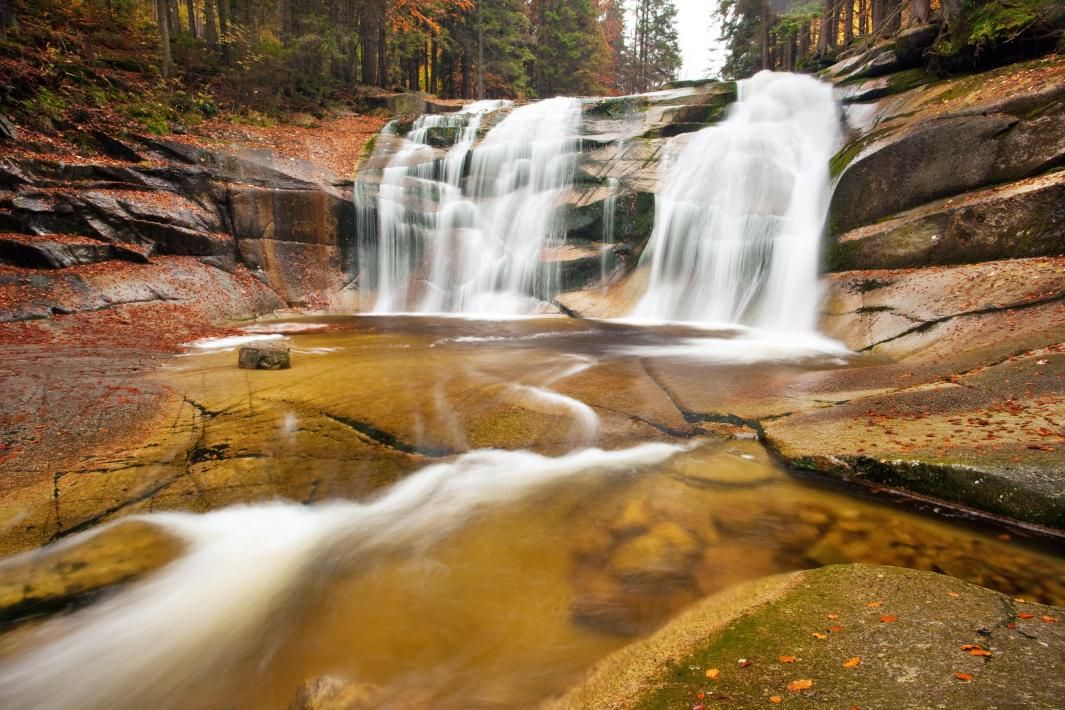 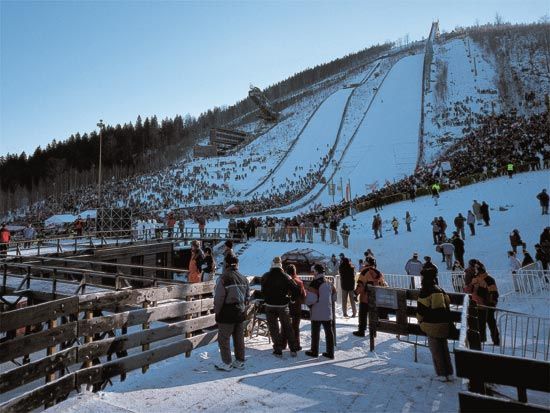 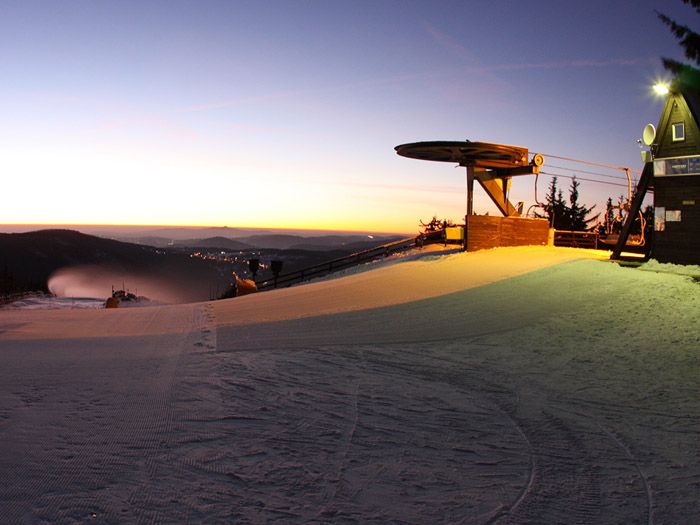 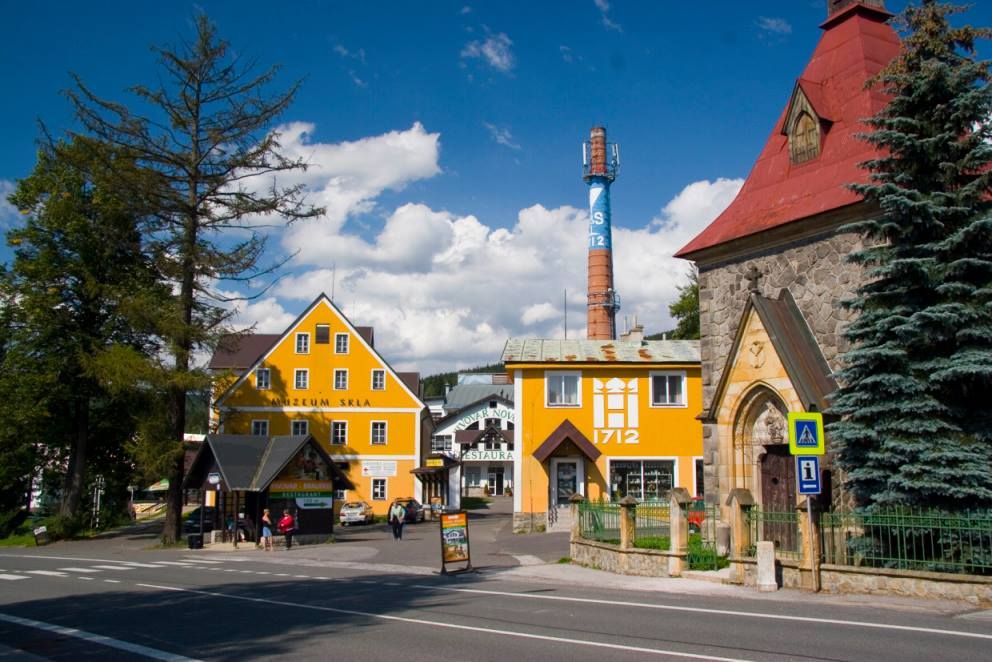 The original village of Dörfl was founded in the 17th century and renamed Harrachov after the owners of the estate in the early 18th century. Today's Harrachov was formed by the merger of the originally separate settlements of Nový Svět and Rýžoviště and Harrachov itself. At the beginning of the 18th century a glassworks was founded in Harrachov, which belonged to the Harrach family. This glassworks made the Krkonoše glassmaking famous all over the world. The tradition of handmade blown, cut, engraved and painted glass was established here. The settlement of Rýžoviště is one of the oldest settlements in the Krkonoše Mountains and was famous for mining ores in the past.

Harrachov is a well-known centre of hiking and winter sports. The whole area is crisscrossed with countless hiking trails, dozens of kilometres of groomed and marked ski tracks, downhill tracks of all levels of difficulty. It lies in the western part of the Krkonoše Mountains in the Krkonoše National Park. It is only a short hop to the Jizera Mountains and Poland. The beautiful nature around Harrachov is undoubtedly its greatest treasure. Discover the magic of the Mumlava waterfall. Take a hike to the source of the Elbe River. As a disciplined visitor, you will be rewarded with the beauty of the nature of the national park.
Numerous hiking and cycling trails offer pleasant hikes through deep forests along mountain streams, unforgettable views from mountain ridges. They are a source of new energy for visitors. In the summer, it offers its visitors tennis courts, mini-golf and nine-hole golf courses, there is also a swimming pool, a campsite with year-round operation, bobsleigh track, children's playgrounds, rope centre, bowling, squash, relaxation centres. There is also the Museum of Glass and Ski Museum, Mining Museum, Forestry and Hunting Exposition of the KRNAP Administration - Šindelka and the Bee Educational Trail of Count Jan Harrach. You will also be able to find the oldest active glassworks in Bohemia with a tradition of handmade metallurgical, cut and painted glass production since 1712. The entire production can be seen during a tour of the glassworks, the history is captured in the glass museum.

Harrachov - a centuries-old tradition of skiing, a world-famous ski jumping and ski flying centre. Traditional organizer of FIS World Cups and World Championships. You can get acquainted with the ski history in the local Ski Museum.