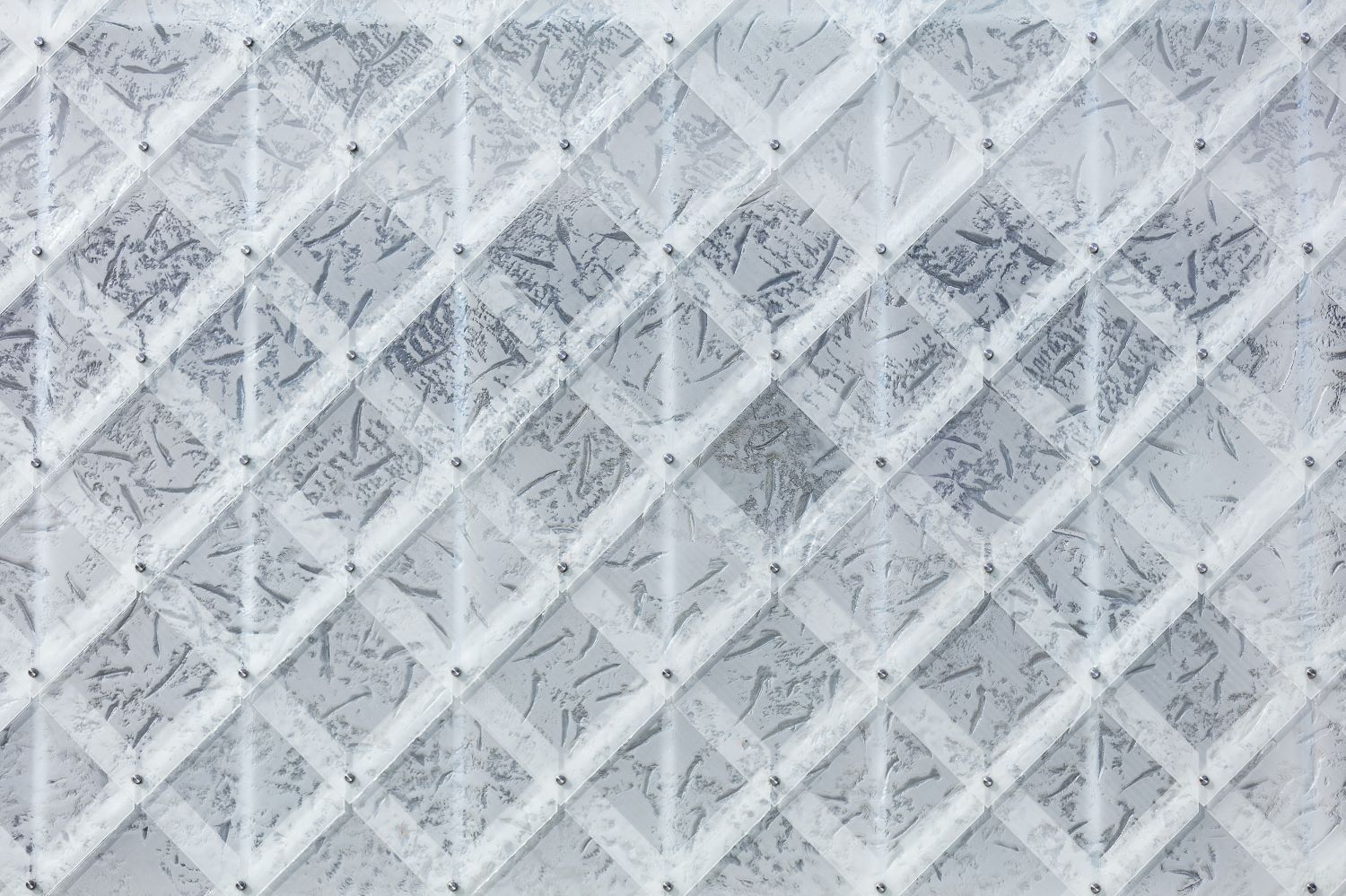 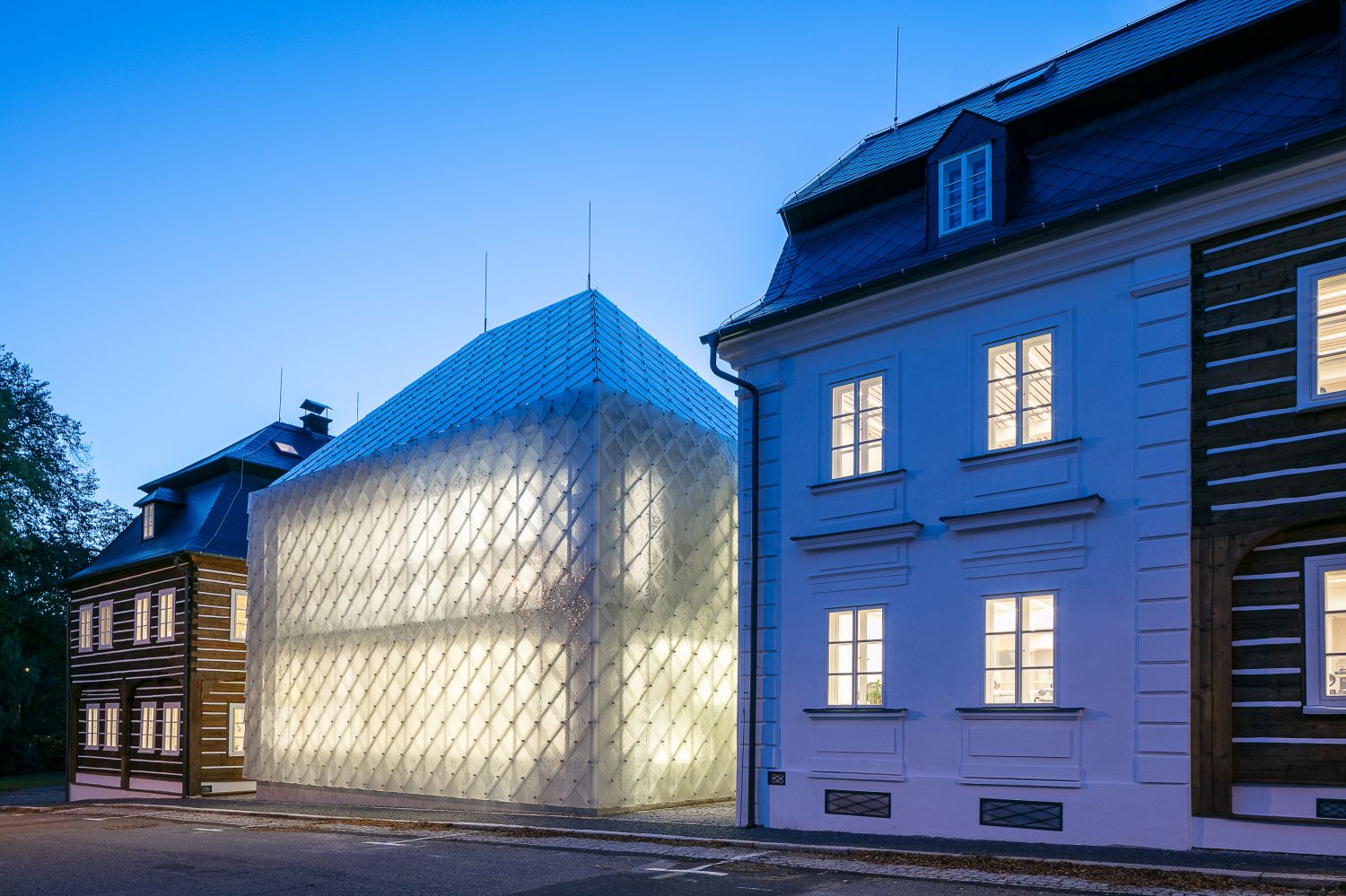 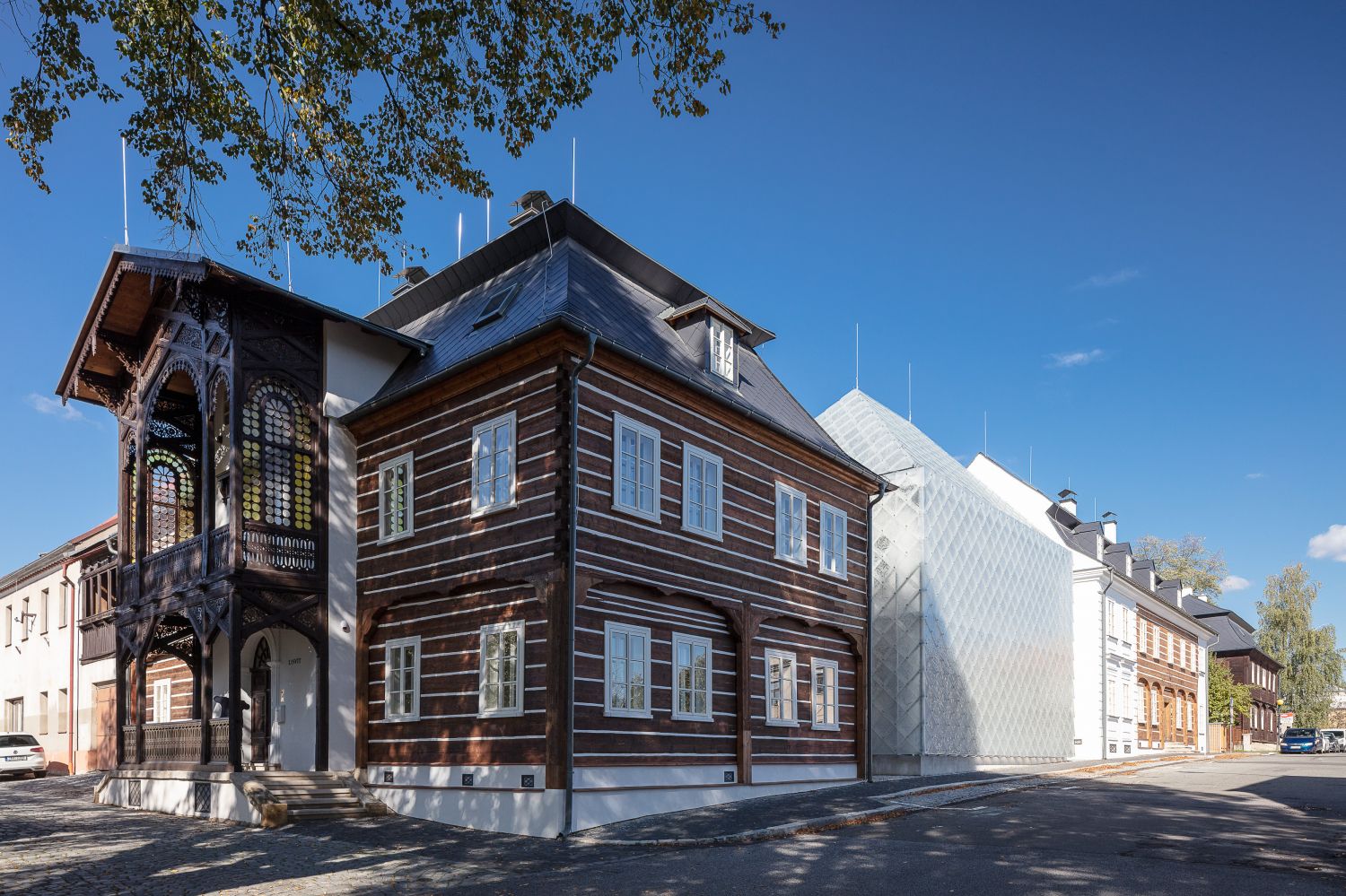 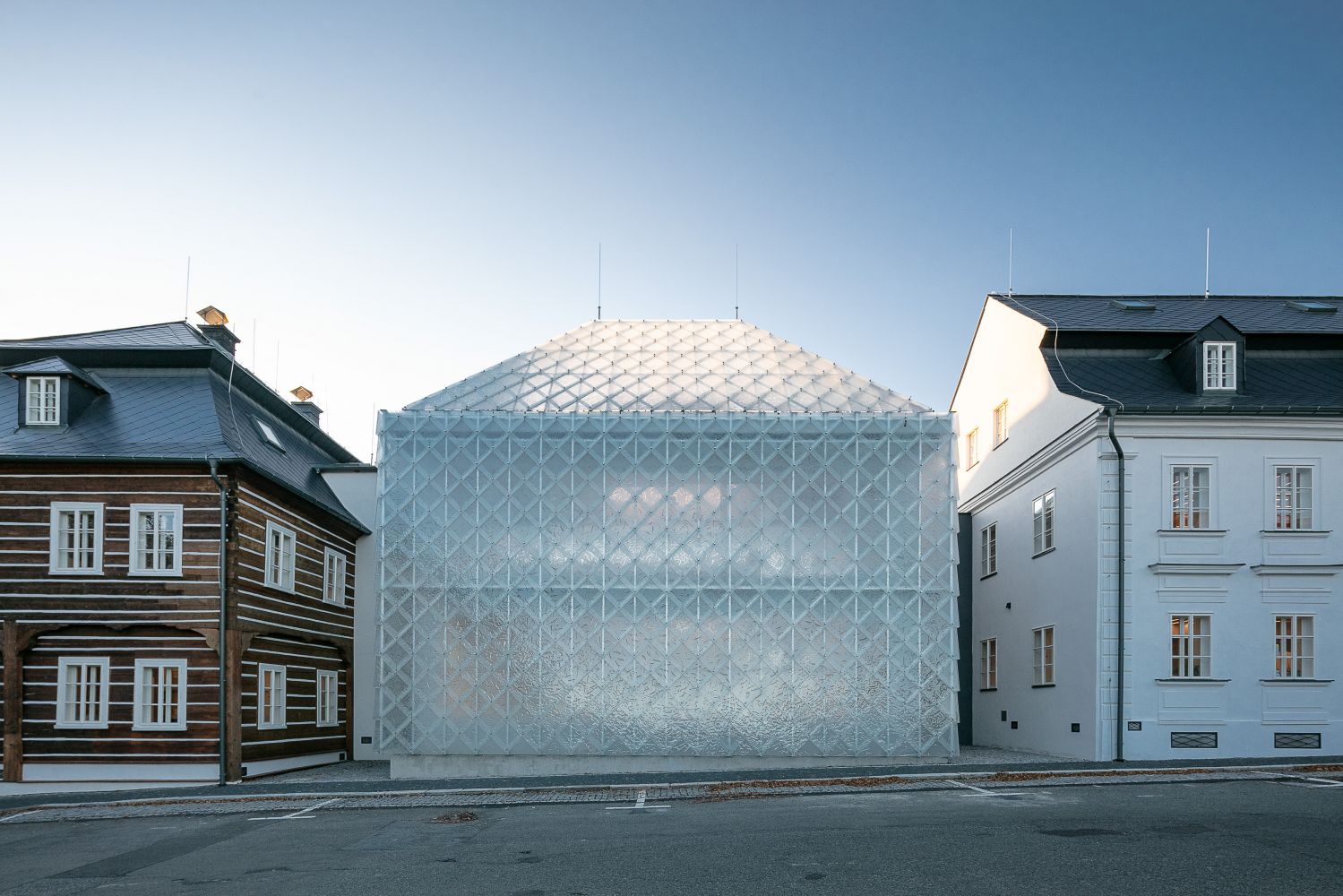 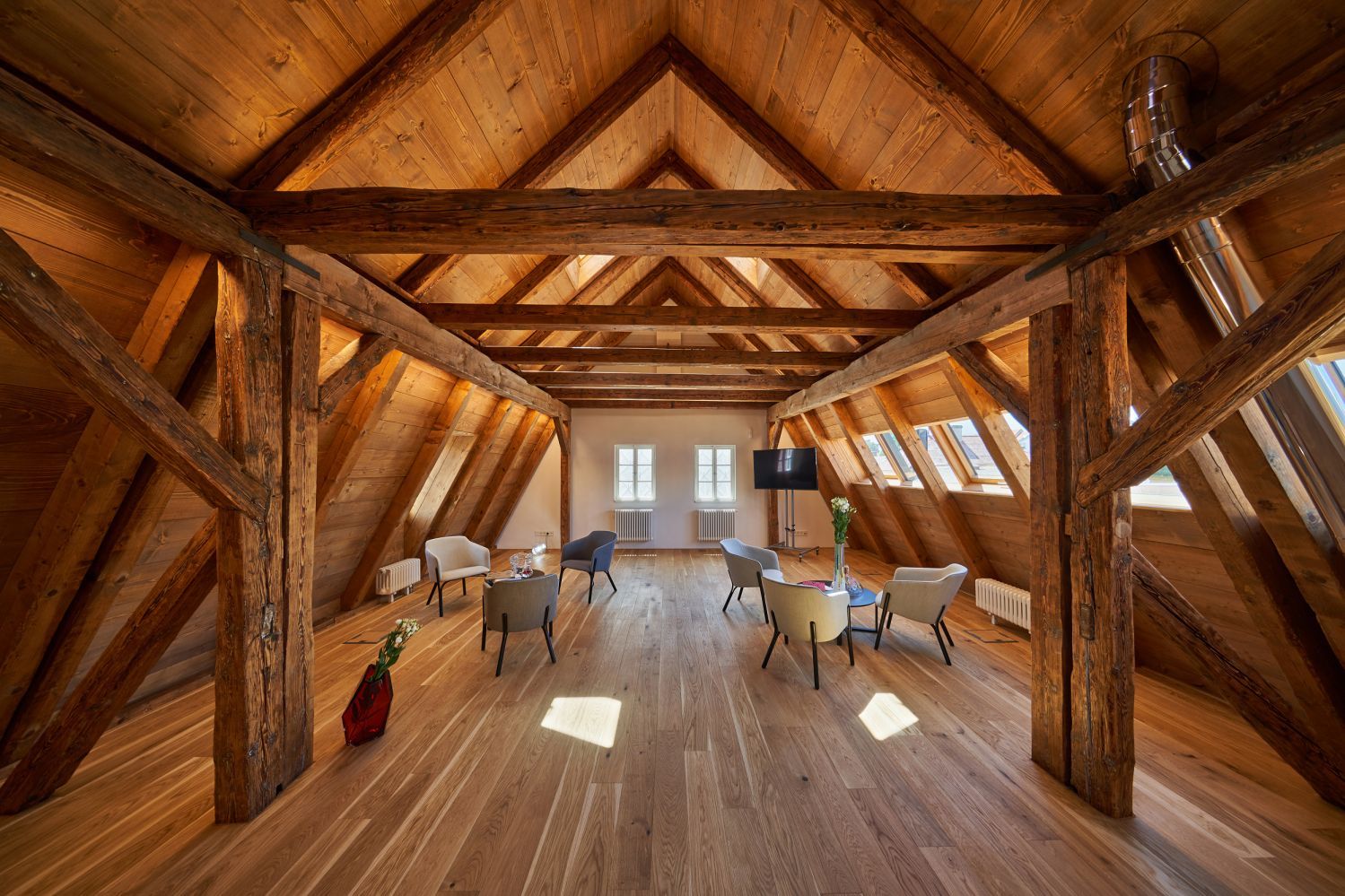 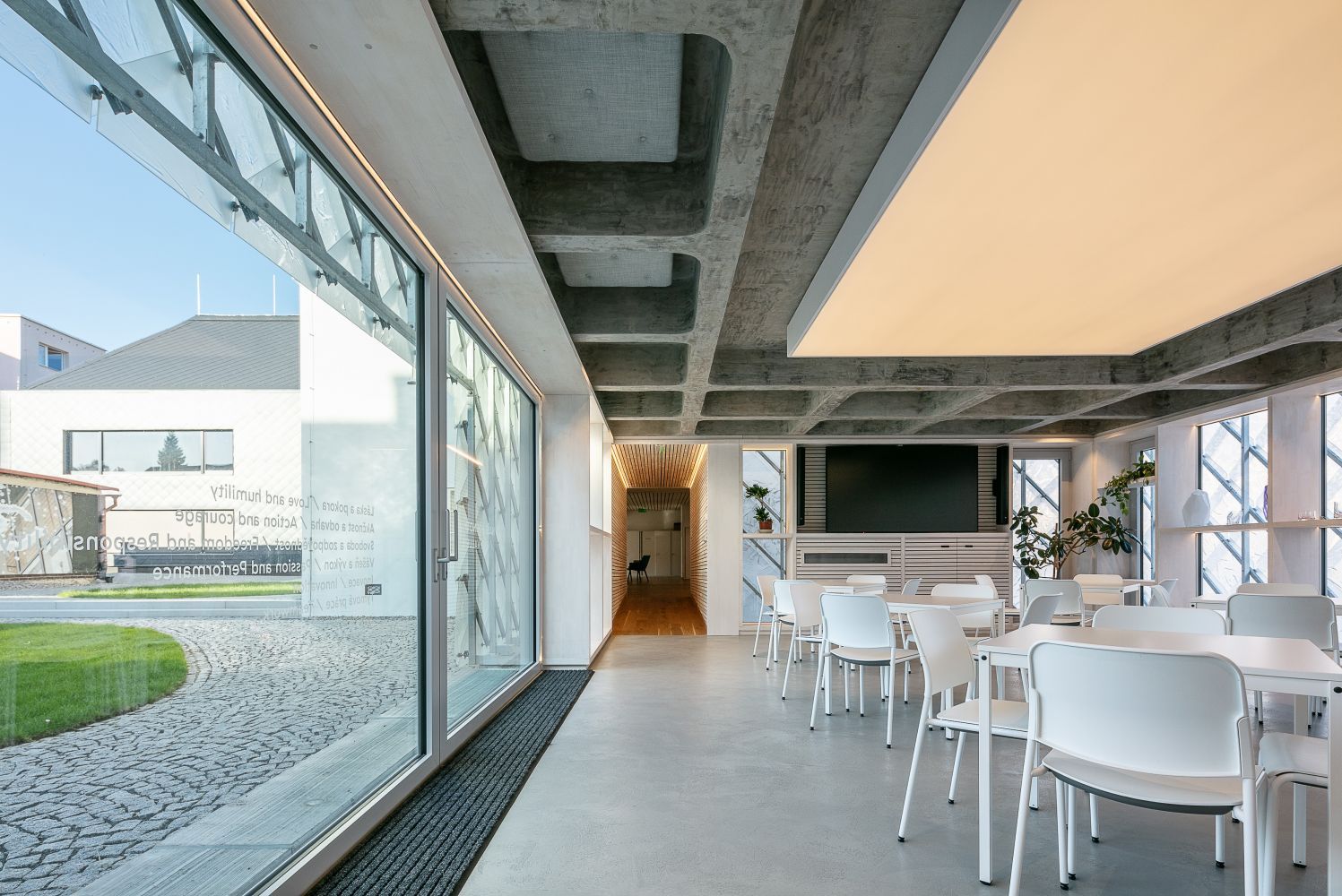 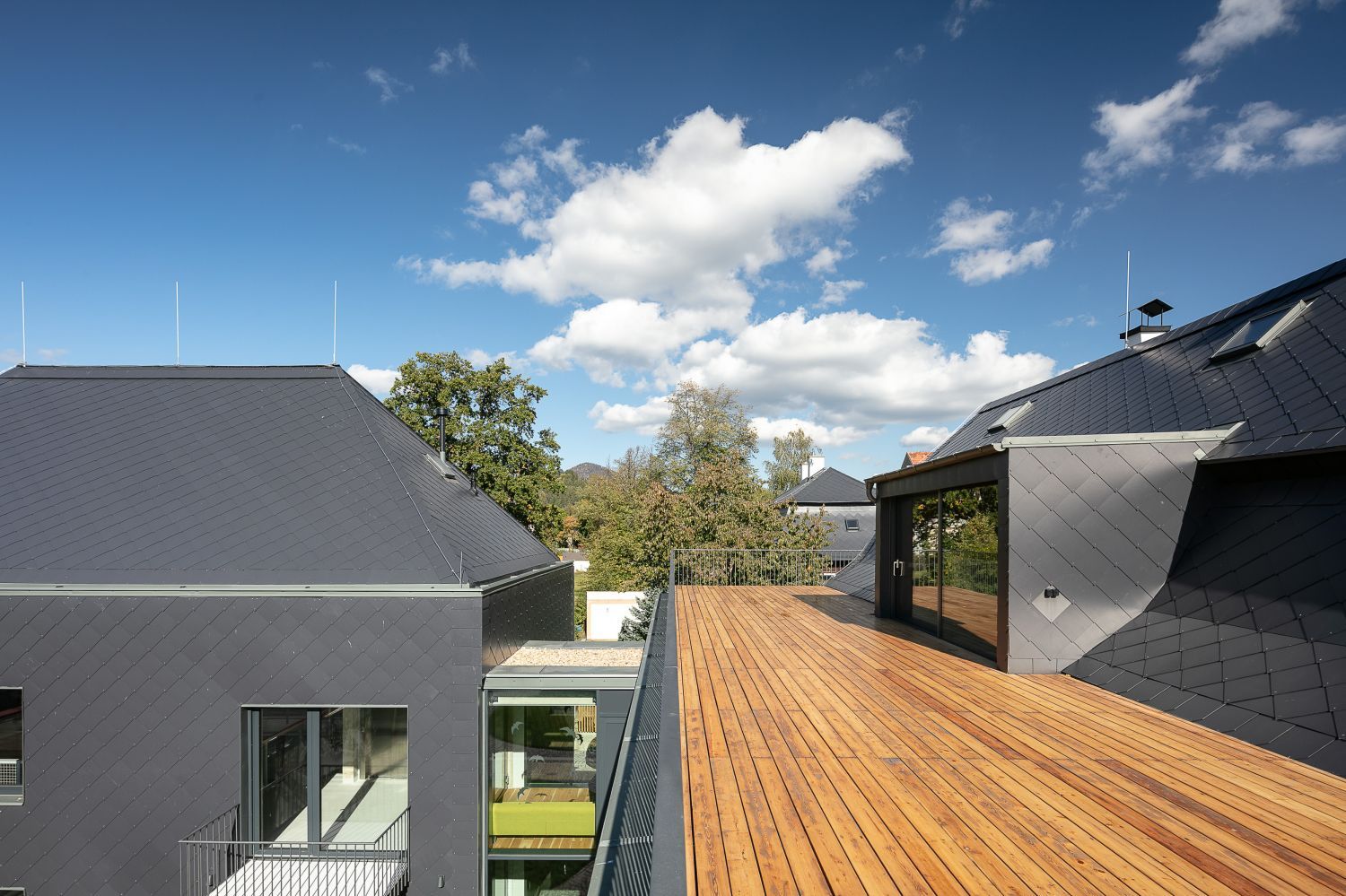 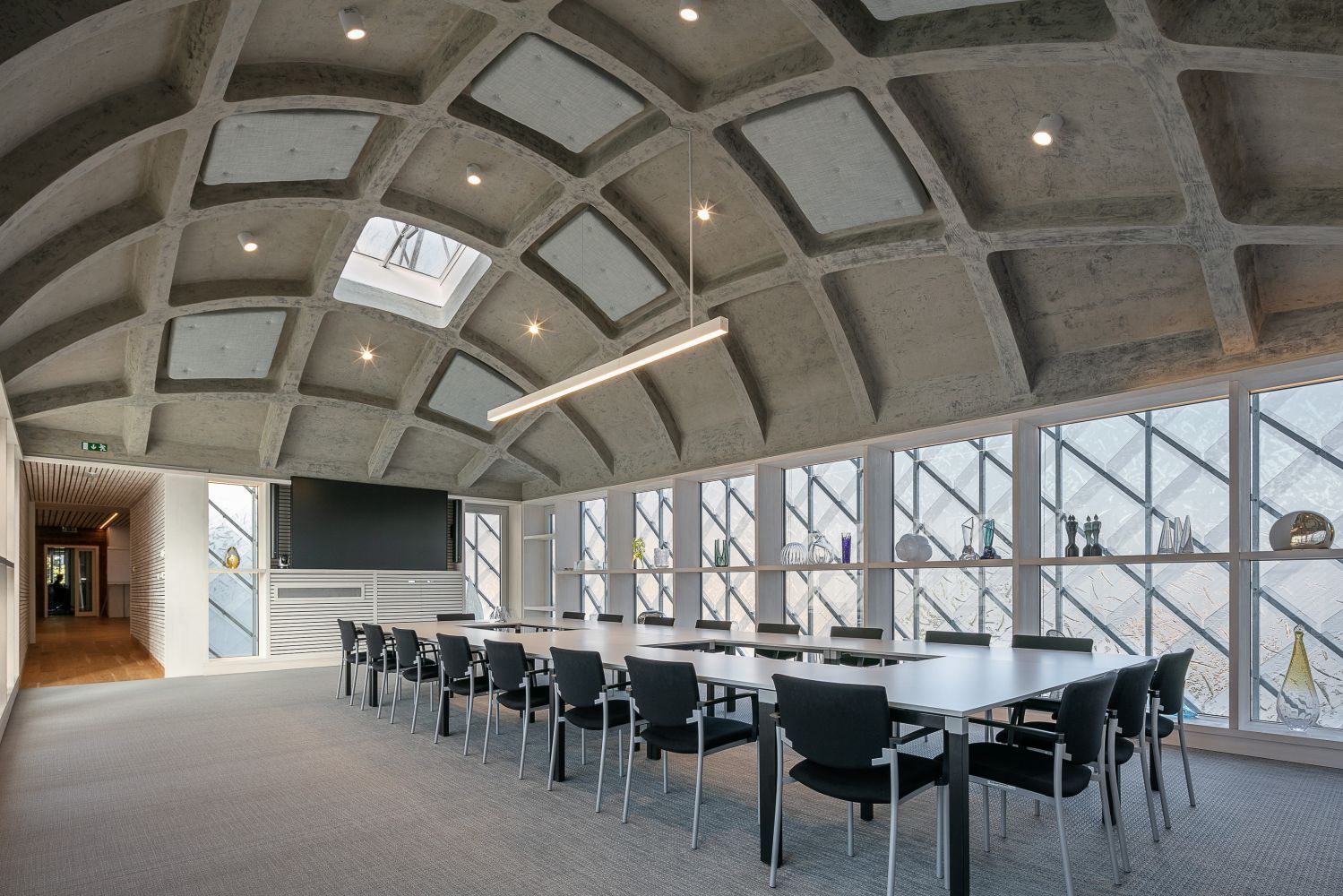 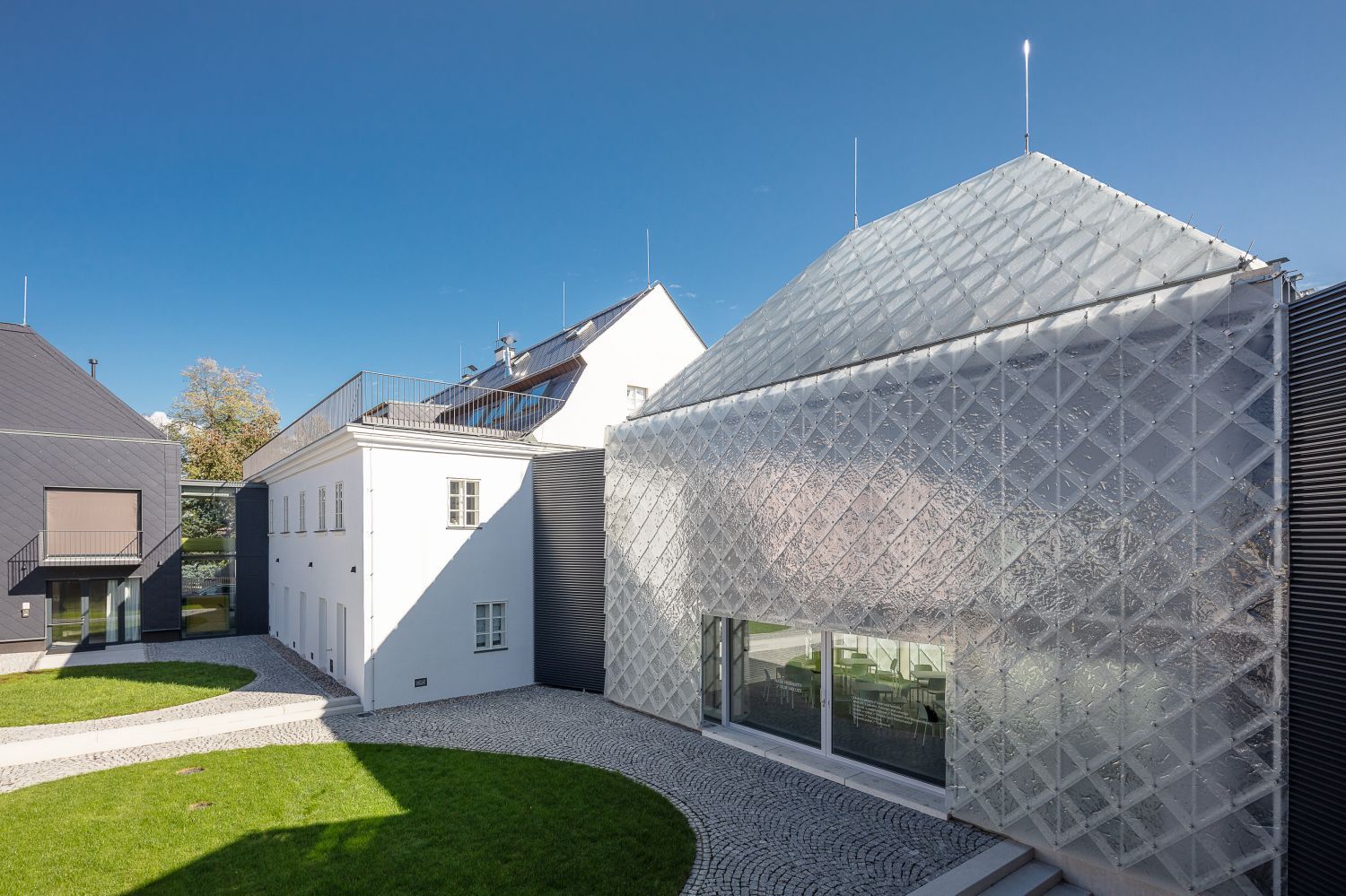 Admission: donation to the LASVIT Foundation in the amount of 50,- CZK

Two hundred years ago, masters of the glassmaking craft lived in the timbered houses on Palacký Square in Nový Bor. The Czech glass and design company LASVIT renovated the historic houses and moved its headquarters here in 2019. The complex also includes two modern new buildings - the Black House and the Glass House - two houses that are a metaphor for darkness and light. The Glass House, visible from a distance from the street, is covered in tiles inspired by traditional slate cladding. LASVIT has developed this glass façade to reference regional traditions, but at the same time set a modern trend. According to LASVIT's founder, Leon Jakimic, the glass house is intended to be a unique beacon in the city and should be a sign of the renewal and new self-confidence of glassmaking in the region. The complex also includes two log cabins that were used by glassmakers as early as the end of the 18th century. At the beginning of the 19th century, one of the houses housed a glass manufactory and in the post-war period a glass school and a glass cutting shop. LASVIT renovated both listed buildings and in June 2019 several departments of the company, including the top management, moved in.