THE ELDORADO OF CUT BEADS 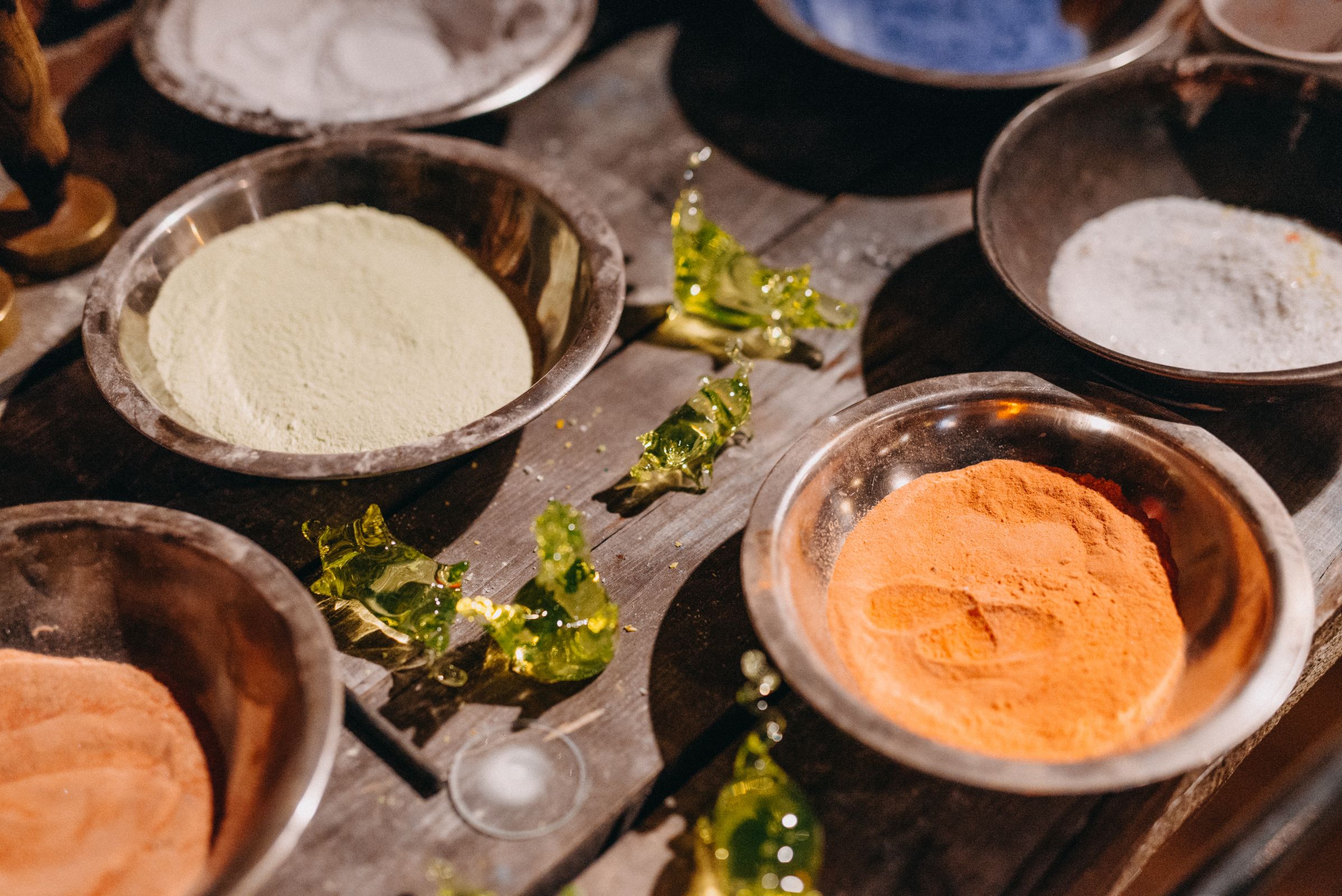 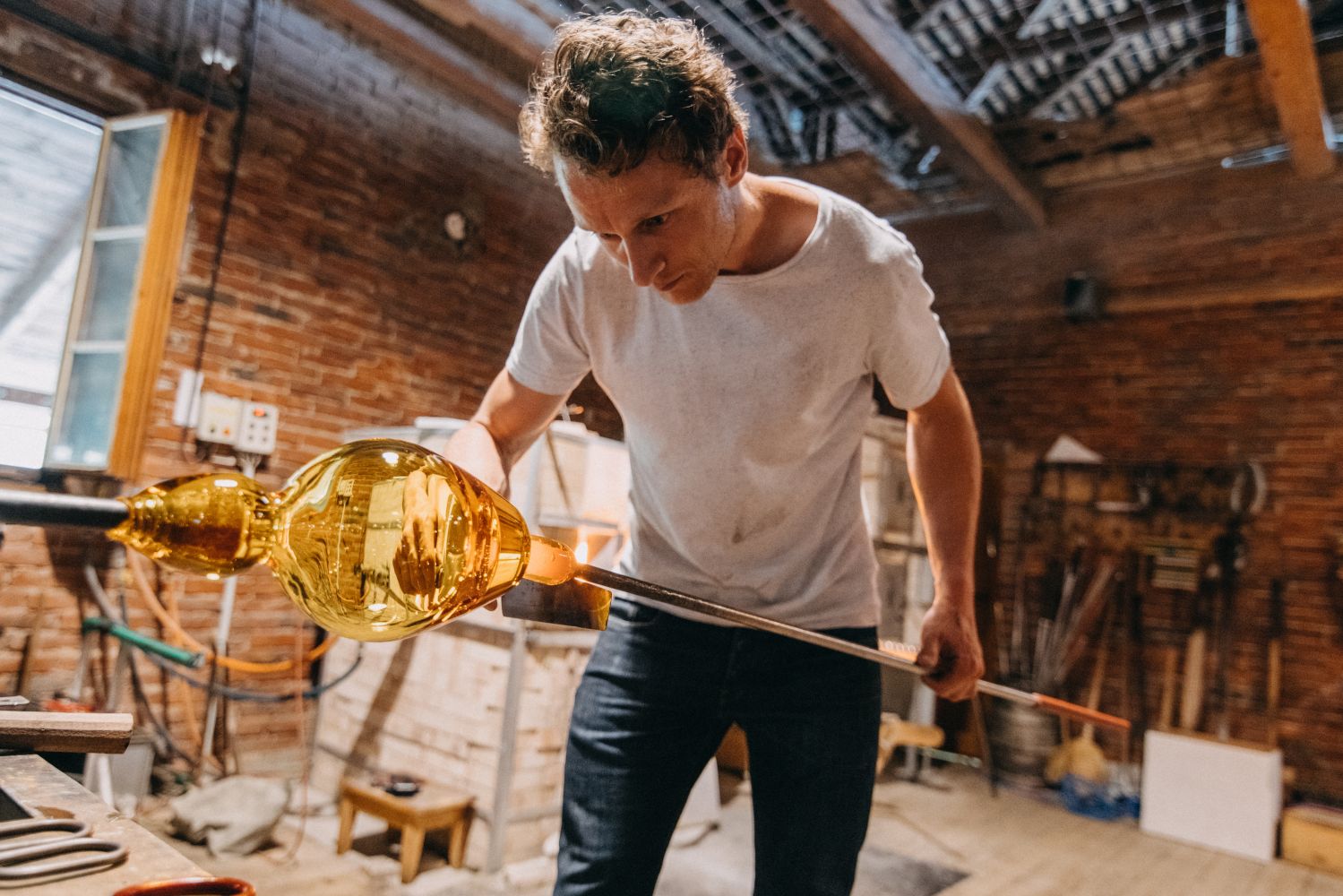 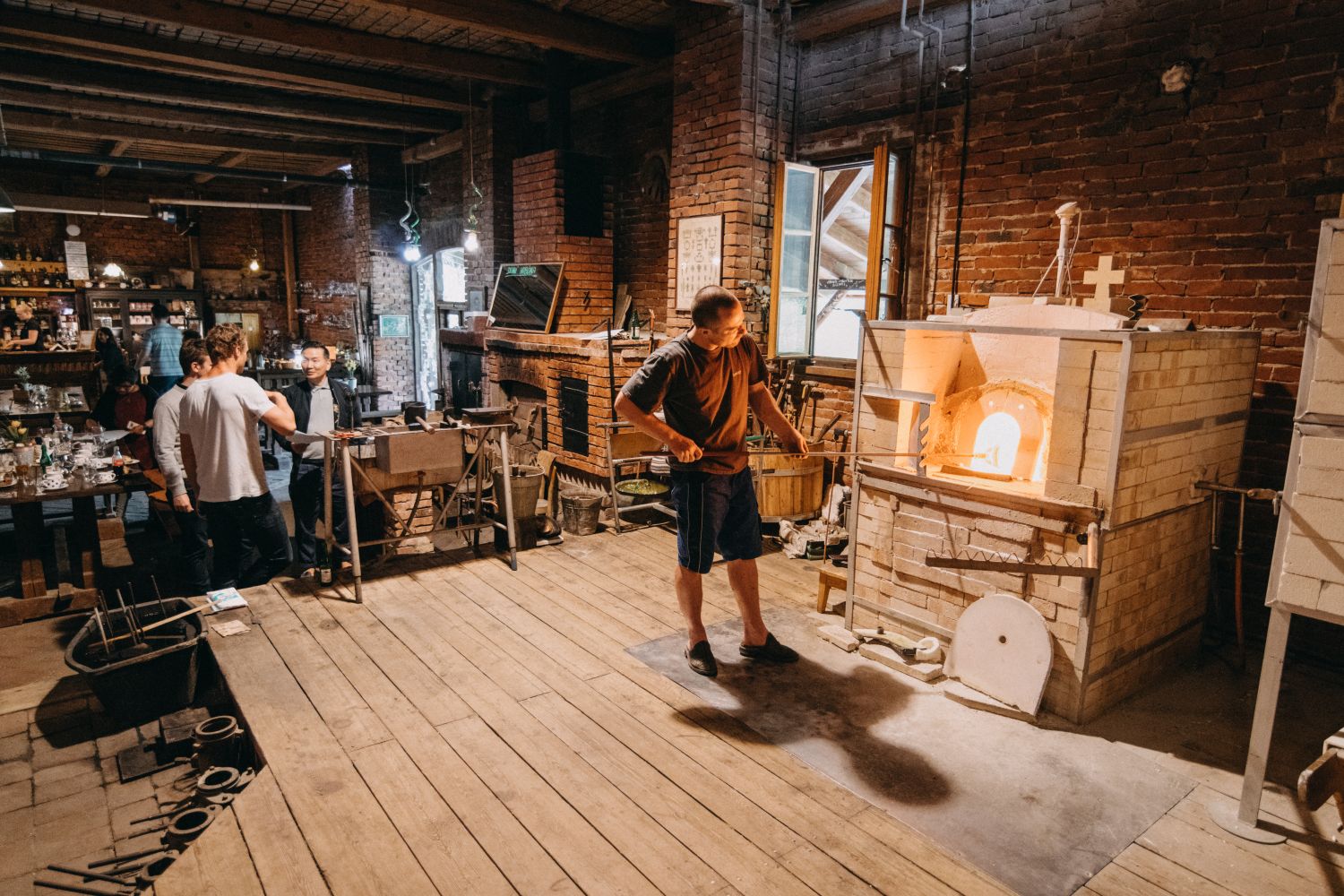 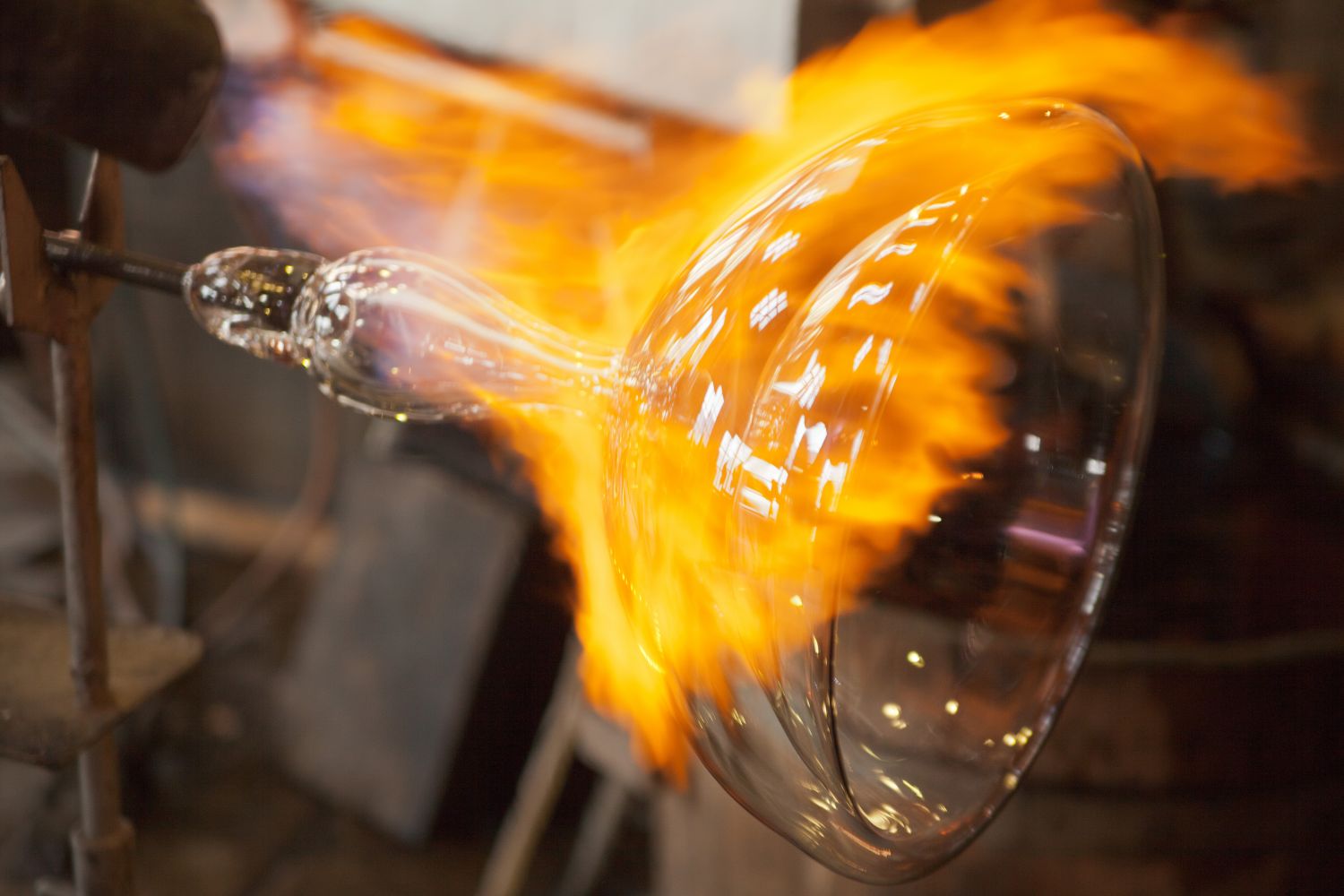 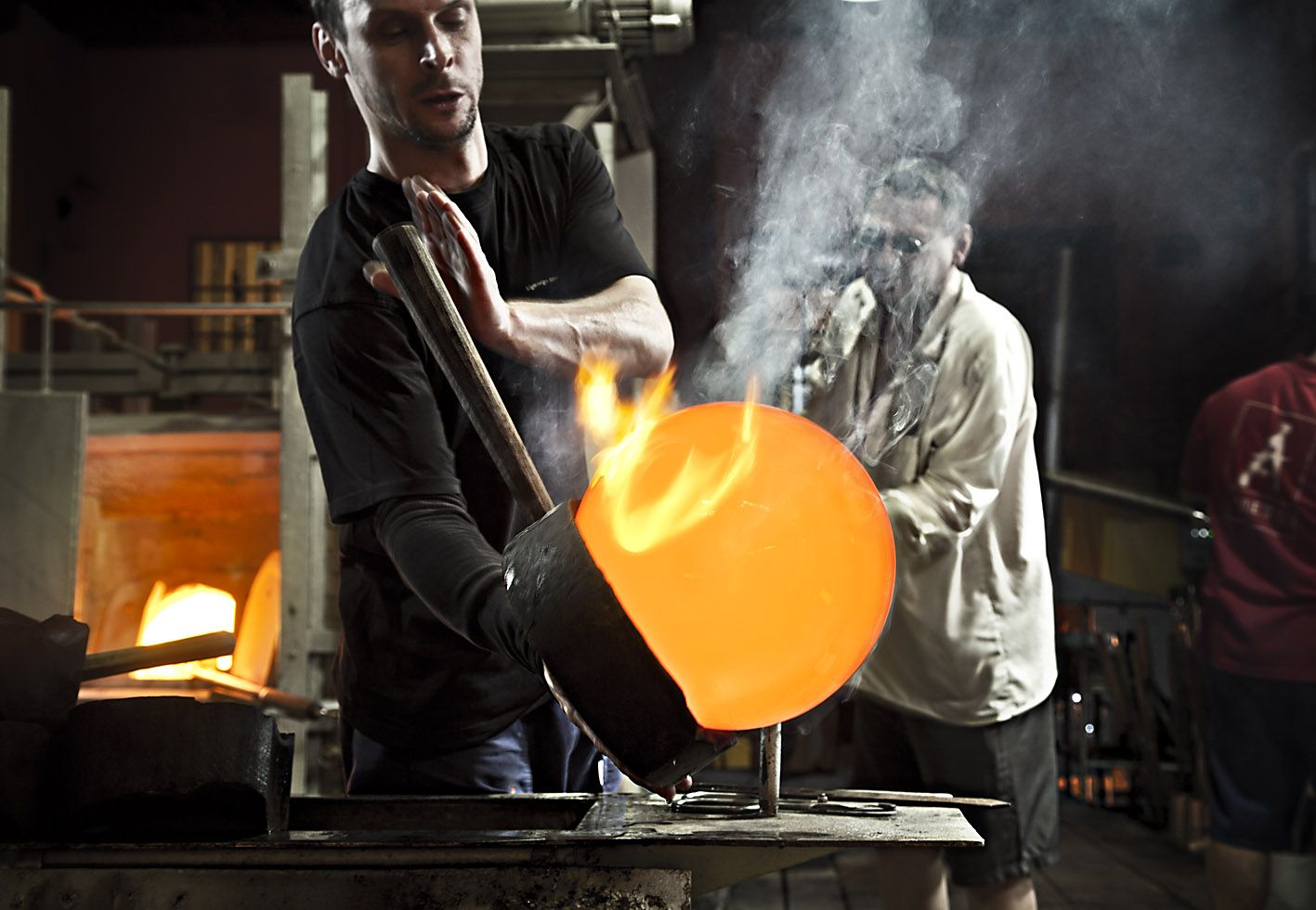 The idea to start a glasshouse in Lindava came from the meeting between an architect and artist Bořek Šípek and glassmaker Petr Novotný. They built the factory at the beginning of the 90s, and they opened during the IGS – International Glass Symposium. This event that takes place every three years attracts world-known designers, architects and glassmakers. They work side by side with glass masters and bring a new perspective to the craft.

The glassworks led by Bořek Šípek produced art objects in the style of Italian glassmakers from Murano. The art objects from LASVIT Ajeto belong to collections of many famous people, such as former American president Bill Clinton or singer Mick Jagger. A great admirer of Šípek´s work was also Václav Havel.
Trophy Tour de France is also produced here, as well as Thalia Award. We also produce large light installations, and some design light fittings or beverage and decorative glass. The glassmakers create colourful glasses called Candy, bowls named Frozen that were inspired by ice, or vases Crystal Rock, which resemble stone.

Our glass factory is also open to the public, and every visitor can watch from the gallery, how difficult glass processing really is.  Use a unique opportunity to see for yourself the glassworks in Lindava. You´ll get a chance to watch, how our glass masters turn hot melted glass matter into a fragile beauty.

Those who can´t resist, can try the glassmaking themselves, and create their exclusive product, such as pints or vases, using a blowpipe. You have a chance to “absorb” the experience with some nice refreshment. You can try our home cuisine in our stylish glass tavern Ajeto, located within the glassworks.